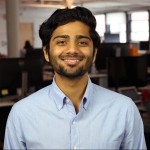 Updated 4 years ago by Neel Desai

Likewise, for a user that's on a $10 monthly plan who is discounted 10%, will have MRR of $9 for the length of the discount, and increase to $10 thereafter.

We believe that having them affect your MRR is the right thing, and here are some of the reasons why that is:

Because we don't have good answers to those questions, we take the position that "all credits and discounts ALWAYS go into your MRR".

On ProfitWell, we calculate the MRR of thousands of companies with MRRs ranging from a few thousand USDs/year to a couple hundred million (yes, we've got some unicorns :). To do so consistently and reliably at the scale at which we do it we need to follow a few principles, some of which apply here:

We think —and talk with SaaS folks— about how to calculate metrics perhaps more than about any other topic. And when it comes to one-time discounts and its close cousin, account credits, we find out there's little consensus amongst the initiated.

How did we do?

(opens in a new tab)